After the success of Pyramid’s Ibiza season, the event that most respects the principles and essence of the island said goodbye in style last Sunday. A very special closing party that put the colophon to an adventure that began in June. After a summer in which Pyramid has set the bar so high, how to continue creating the maximum hype? Very easy, by scheduling a party where the musical quality of the party is not diminished one iota. And that’s exactly what happened at its closing party.

In the Main Room we were fortunate to attend the performance of Luca Donzelli, which didn’t lack his mastery of a techno style dominated by acid, with elements of house, electro, breakbeat and trance. Lilly Palmer once again showed her romance with Pyramid and the most forceful sound of electronic music. Helena Hauff designed an intense, electrified, futuristic sound world, but with strong traces of emotionality and experimentalism. To finish who better than the duo Fjaak DJ, who showed why they are one of the most demanded artists of the moment thanks to their breaks mixes with techno bases and drums along with vocals and acid touches, which make us travel to the past raves of the 90s, but adapted to the current scene.

La Terraza welcomed one of the architects of Pyramid, Mar-T, who showed that no one knows the secrets of Amnesia like him.  Gianluca Pegoiani made us fall in love with his overflowing talent, professionalism and care for the most daring sounds. tINI gave free rein to his charisma, that magnetism whose secret only she knows. And to end this closing party, what the true believers of the clubbing culture wanted the most, a legendary b2b between two universal Chileans, Ricardo Villalobos and Luciano. What more can we say about them, what adjective can we use to describe what they once again created in their beloved terrace booth. Perhaps magic is the most appropriate, because the sounds, the rhythms and the structures they designed behind the mixing desk are something that escapes any rationality.

Pyramid says goodbye with the pride of having done things right, of having been faithful to their philosophy and of not wavering for a second. Pyramid has respected its essence and has been the showcase for dozens of artists, who have felt free to express all the talent they have inside. See you soon on the dance floor! 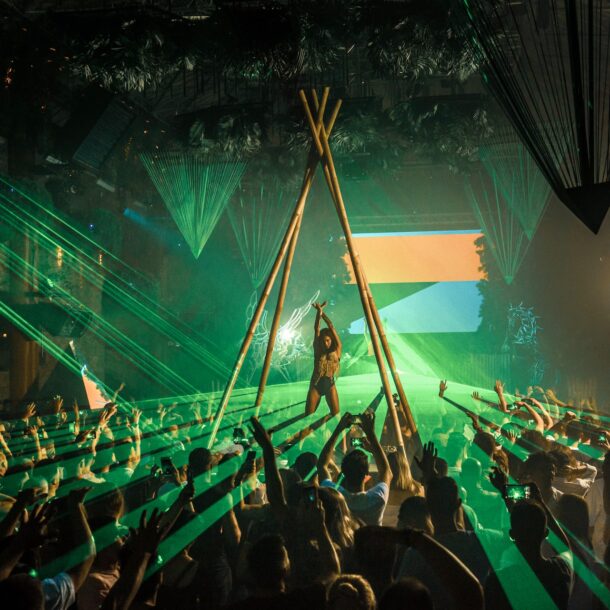 We are Pyramid
Previous Article