What exactly is electronic music? What are the mechanisms that activate it? What sounds define it? Where are its foundations? Where is it headed? Who are the architects of its design? What are its motivations?  These and other questions are the ones that founded the clubbing movement for which we fight, for which we strive, and with which we enjoy trying to educate a conformist musical society. Because that’s what Pyramid Ibiza is all about: appreciating the past, living in the present and dancing to the future.

In the current individualistic context, at Pyramid Ibiza we are committed to collectivity, to the drive of a united electronic community far removed from personalisation. Our dream is to demonstrate with facts that electronic music has always been a common space, in which its pillars have been talent and creativity. These two attributes, currently reviled by the lazy masses, are the only requirements needed to join our community. A community that flees from fast food music and yearns for the values that raised the foundations of clubbing culture.

The proposal we are bringing to the table at Pyramid Ibiza is not based on nostalgia. That doesn’t mean that we don’t know where we come from, what our references were, or that we look down on the philosophy that founded this movement. The social and cultural movement that exploded in Ibiza during the 90s and the first years of the 21st century should not be forgotten. But neither should then be a burden that ties us to the past. That is why at Pyramid Ibiza we are committed to the new forms of expression of electronic music. We are committed to its exposure and its dissemination.

At Pyramid Ibiza we don’t believe in the Godhood of artists, we don’t believe in promoting their names in gold letters. Flattery, excessive devotion and glorification of DJs regardless of their musical quality is not our way. Our community and our project will never submit to the tyranny of personal marketing. The schedule of our events and our initiatives are based exclusively on the music, on the energy transmitted and on the atmosphere generated. We don’t mind going against the grain. In fact, it excites us to fight against the establishment and make our values shine above the mediocrity of political correctness.

Pyramid Ibiza was born as its name suggests on the mythical Mediterranean island. But our spirit is global. Our philosophy has no place for nationalities, flags, passports or market studies that restrict projects on demographic grounds. The doors of our pyramid are open to everyone, to anyone who wants an inclusive electronic experience far away from conventionalism.

If you love electronic music, if you want to learn to love it, if you don’t settle for mediocre, if you aspire to an experience full of rich nuances, if you’re sick and tired of precooked music products, if you can’t stand the fake smiles of the trendy clubs anymore, if you want to leave behind the everyday bullshit and take refuge in an honest and sincere clubbing concept… We want you to know that you’re one of us. Abandon your resignation and fight by our side to make Pyramid Ibiza the concept that brings the clubbing culture back to the place it deserves. 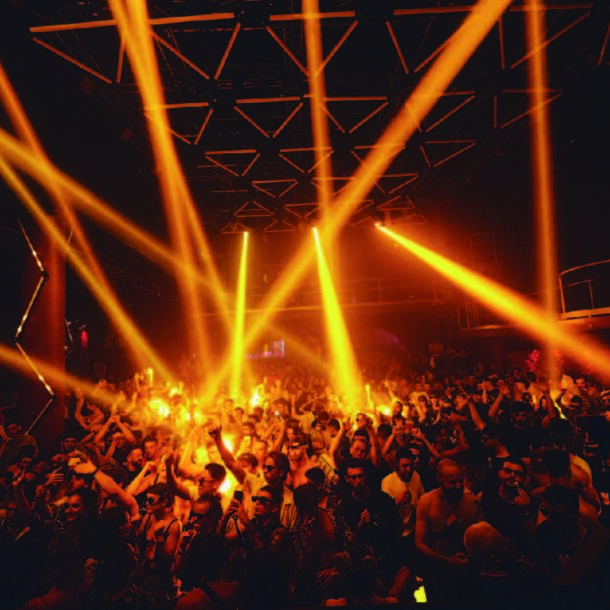